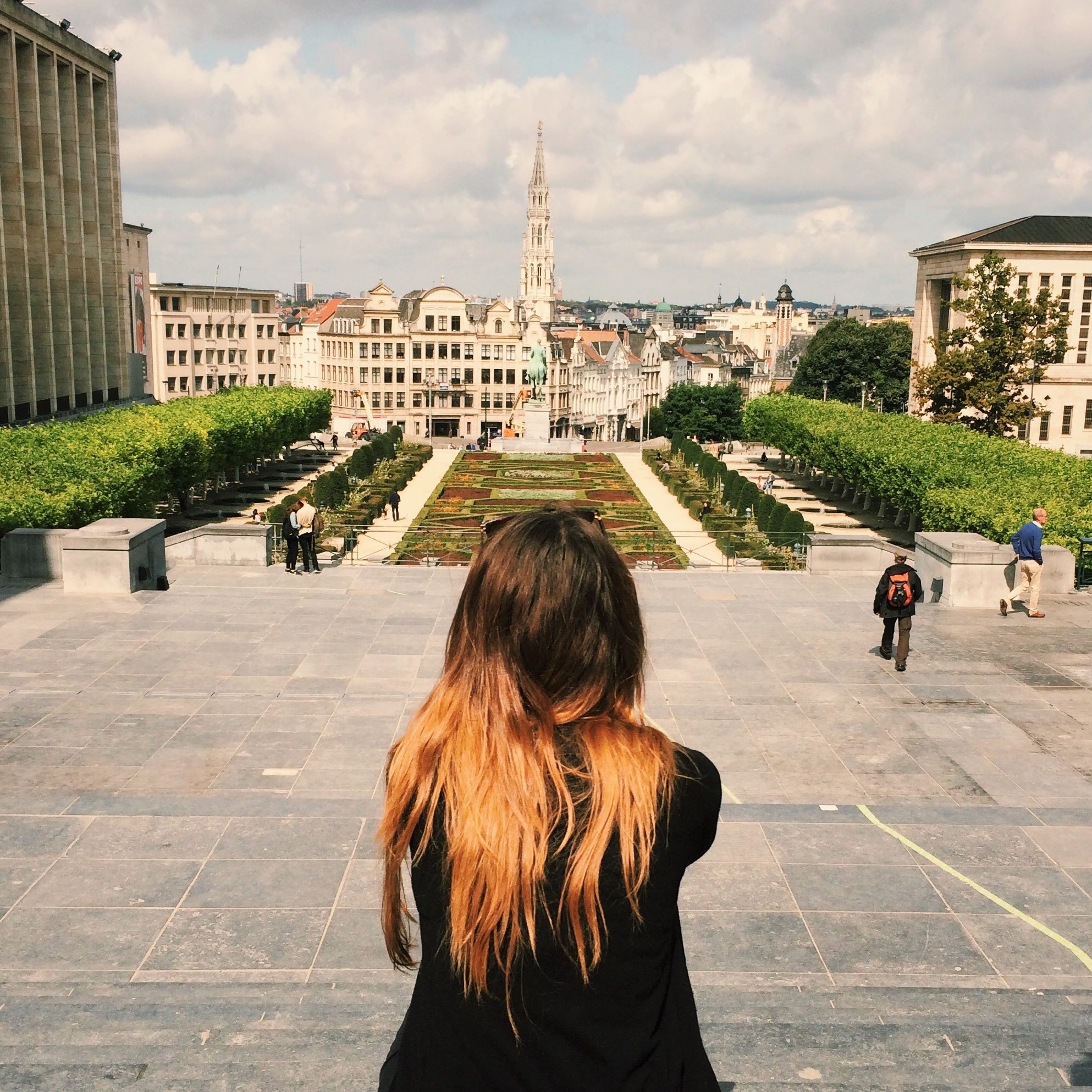 When I decided to make my own way to Croatia for my favourite festival, I wanted to do it as cheaply as possible. After looking for places that Megabus can get me to, I found Brussels to be one of the cheapest ones. It was also a place I have never visited before or heard much about, to be honest with you. So I clicked confirm and that was the first destination of my Eurotrip – solo. And I LOVED IT!

Read about my first Solo Travel Experience in Brussels here

Here is my:
Guide To The Incredible City Of Brussels:

Getting There (From London)

Fly – from as little as £40 return with the budget airlines and they take just over an hour.
Eurostar – from £29 one way and takes about 2 hours.
Coach – I paid £23 and it took about 7 hours overnight which saved me on accommodation. If you’re lucky, you can sometimes pay as little as £10 or less!

I stayed at a great little hostel called ‘Hostel Grand Place‘ but there are always great deals on hotels (you can use booking.com which always do many discounts, Air bnb (if you haven’t used it before – it’s amazing!) or hostelworld.com for hostels. My hostel was £18 for a night, which is a standard price for central Europe. You can sometimes get a hotel room for the same price if you do your research, it just depends what kind of experience you are looking for!

➪ Grand Place
Being a World Heritage site, it is one of Europe’s most beautiful squares and the heart of Brussels. It is a great mishmash of extravagant architectural styles that for some reason work together extremely well. Day or night, it’s stunning and I would suggest visiting twice  I’d only recommend it if you have enough time on your hands. It’s an interesting piece of architecture and for some reason reminds me of my beloved lego when I was little.

➪ Comic Strip Walk
As mentioned before, Brussels is proud of their many comics (especially TinTin) and one of the ways to show it is the comic strip walk. It’s a brilliant way to do some exploring around the city just make sure you look up as they can be tricky to find.

➪ Markets
I love them and I think it’s a great way to experience the local culture of the place you are visiting. In Brussels you can find loads of delicious food such as cheese, bread, fresh oranges and more. There are also quite a few stunning antique markets such as Place du Jeu de Balle.

➪ Royal Park
I haven’t personally visited but I’ve heard and read a lot about it and it will definitely be on my list to do next time. Walk around, have a picnic, read a book, sunbathe – whatever you wish to do you can while experiencing a bit of nature and peace around you.

➪ Mannekin Pis, Jeanneke Pis & Zinneke Pis
Brussels having a great humour, the city’s icon is a peeing boy called Mannekin Pis, which some of you might know already. It is also known as the most disappointing icon due to it’s size, for me it’s great as it’s funny and adorable (as strange as that sounds). What you might not know, is that there are two more icons that are as well – peeing,  Jeanneke Pis (a peeing girl) and Zinneke Pis (peeing dog). Amazing.

➪ Schaerbeek
One of the districts in Brussels, if you want to experience a completely different side of the city’s culture – this is a must. It’s also a home to many cafes, shops and colourful streets. It’s super interesting and vibrant.

➪ Movie theatres
Not the usual ‘must see’ but in case it’s raining or you feel like doing something different, Brussels is home to great independent cinemas which offer English subtitles or even English speaking. Here is a couple of options – the Cinemateque (Flagey Place) and the Galeries Cinema (Royal Galleries).

Foods (& Drinks) You Need To Try

➪ Chocolate
Heaven on earth for a chocolate freak like myself. Belgium being the king of pralines and waffles can mean just one thing – you have to go on a delicious chocolate hunt. You don’t need to search far, there are hundreds of places all over the place and they all taste amazing, the main difference is the price.

➪ Waffles
Walking around, you will see tourists indulging themselves in delicious looking waffles with strawberries, whipped cream, chocolate and all kinds of toppings. However, the standard Belgian way to have waffles is with no toppings at all, only a little bit of powdered sugar sprinkled on top. Toppings were simply added to the menu for tourists and most of them cost about a euro each.

➪ Beer, beeer, beer
I’ll be honest with you and admit that I am not a fan of beer, so that was not on my ‘must do list’ until I met some peeps at my hostel. They insisted that we go to the Delirium Cafe which in fact is a bar with over 3000 types of beer (crazy I know). The bartender was so nice that he insisted we find a beer that I will like, and so we did – a cherry flavoured one, nom. There are many bars to choose from so go crazy (well.. not too crazy that is).

➪ French Fries
As mentioned before, chips as brits call them come from Belgium, so of course you need to give them a try when visiting Brussels. You will see places all over that sell them but a local told us that ‘Fritland’ is one of the best in the city as they make the fries fresh.

So this is it, Brussels honestly has SO much to offer but I tried to keep this quick and simple.

I could not recommend this city enough, and as mentioned in my ‘Top 5 desitinations of 2015’ Brussels has the most amazing atmosphere and humour which you can see all over the centre. It is also known to be one of the most protected cities in Europe, so don’t be afraid if you are travelling solo – I couldn’t have chosen a better first location 🙂

Hope you enjoyed this little guide and if you have any tips that I didn’t mention, make sure you pop them in the comments below! ツ

This is such a lovely post about Brussels 🙂
I live here, so my comment is very valuable ! Ah ah 🙂 Good job

This really means a lot to me! Thank you so much! I absolutely loved Brussels and you’re lucky to live in such a great city! xx

I love this guide. Glad you included things such as the Schaerbeek, jeanneke pis & zinneke pis and the comic strip as you don’t see that on many travel blogs. Keep up the good work and I am looking forward to more of your guides. Sam xx

wow I didn’t know that small Brussels had this much to offer. Thank you