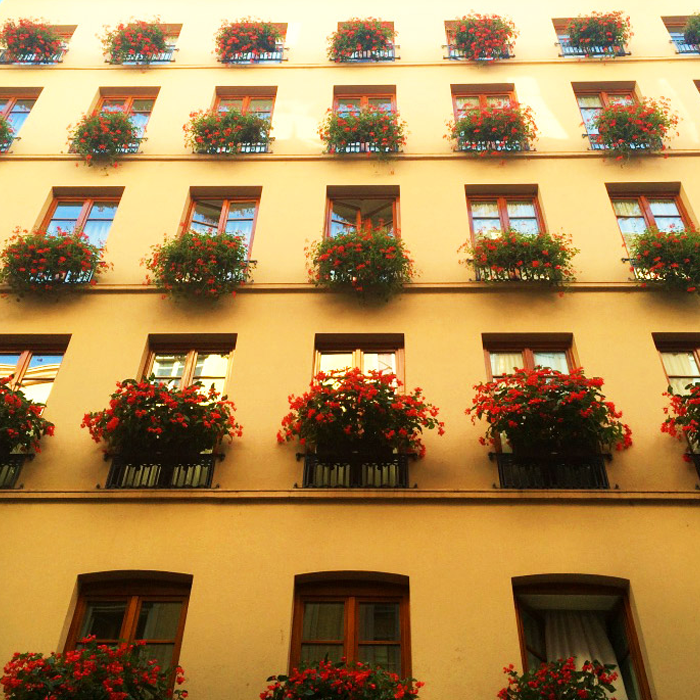 Centrally located between Paris and Marseilles, Lyon is the gastronomic capital of France. The city is a labyrinth of passages & streets, and being a UNESCO World Heritage site – it is a unique and thriving metropolis in France full of history, surrounded by the beautiful Apes.

Thanks to the (still pretty new) direct Eurostar link with London that only takes about 5 hours, what could be a better reason to visit. So forget Paris and explore this beauty instead, full of everything you could possibly need for an unforgettable weekend away.

City Card – For 21 Euros, get yourself a 24 hour card which allows access to the incredible (19) museums in Lyon. Even though the city is nice to walk around, this card allows unlimited access to public transport which is a game changer for short visits.

Top 5 Things to do in Lyon

Tunnelled passageways built as far back as the 4th Century. Traboules served as a shelter for residents and silk-weavers allowing them to get around the city underground from one area to another.

The whooping number of 315 passages links about 230 streets together adding up to a total of 50km (31 miles). That itself will give you enough to do during your visit!

You can join one of the guided tours to visit the best traboules, which will also improve your knowledge on the history of the tunnels. Exploring on your own is also a great way to experience the passageways your way, there are many maps and guides that can be picked up at one of the tourist information points. I’ve heard that “Passage Thiaffait” is meant to be one of the best traboules to visit, with coffee shops and silk workshops!

Take a stroll around the cobblestone narrow streets by day or night, you will be surrounded by the fantastic Renaissance-inspired architecture, colourful buildings, boutiques and cafes.

Vieux-Lyon covers an area of 424 hectares and is one of Europe’s most extensive Renaissance neighborhoods. Wander around, have a coffee and watch the world go by. This is also a great point to access the hidden traboules.

This old town will not disappoint.

The number of churches in Europe is never-ending. Hhowever, this basilque is simply hard to beat. Situated on top of the Fourvière hill it’s hard not to be noticed from the centre of Lyon.

Incredible piece of architecture with the sheer size and detail both outside and inside. Known for its mosaic interiors and the devotion to the Virgin Mary – this place has a great history.

Walking up the many steps to reach the Basilique will quickly show you yet another great reason to visit this place – the impressive views of Lyon and the mountains surrounding the city.

On the way to the top, you will find Lyons great ruin and another must see: The Amphitheatre of the Three Gauls, where many concerts and events are still held.

If however, you’re feeling slightly lazy or not fully capable of the hike, funicular railway will take you all the way to the top.

You may or may not know that Lyon is considered the best base to explore the French vineyards.

Lyons easy access to North and South Côtes du Rhone, Burgundy & Beaujolais wine countries makes it very tempting to indulge yourself in the wine culture. Even if you’re not a fan of this particular drink – the impressive surroundings will be enough to make you keep exploring. Each region offers a variety of grapes, wine styles, philosophy and the beautiful landscapes.

If you don’t have the time to explore the vineyards, that’s not a problem at all as the locals in Lyon make sure to represent what they are proud of pretty well. Whether you indulge yourself in a glass of wine in one of the chic cafes or restaurants or grab a bottle from a shop – I assure you, it will be delicious. Even if you’re not the biggest fan of wine back at home.

Not only Lyon is home to the bouchon – restaurants with a homey atmosphere serving traditional Lyonnaise cuisine, such as duck pâté sausages or roast pork..

Due to its surroundings of the finest raw materials in the country, the city is known as the gourmet capital of France and the world. You can spoil yourself with the delicious and original foods, some might even be slightly hard to imagine – from a salad made with pig lard to pig fat fried in pig fat as mentioned by Bill Buford. The possibilities and options are endless.

What are your favourite things to do in Lyon?

Thank You For Reading!

Check out my solo adventures in Lyon here

I’ve never heard of this place, but it sounds amazing! Vieux-Lyon especially. I would love to walk through a mix of past and present (renaissance style architecture with boutique shops – yes, please!).

Hi Ashula!
It really is a great place! 🙂