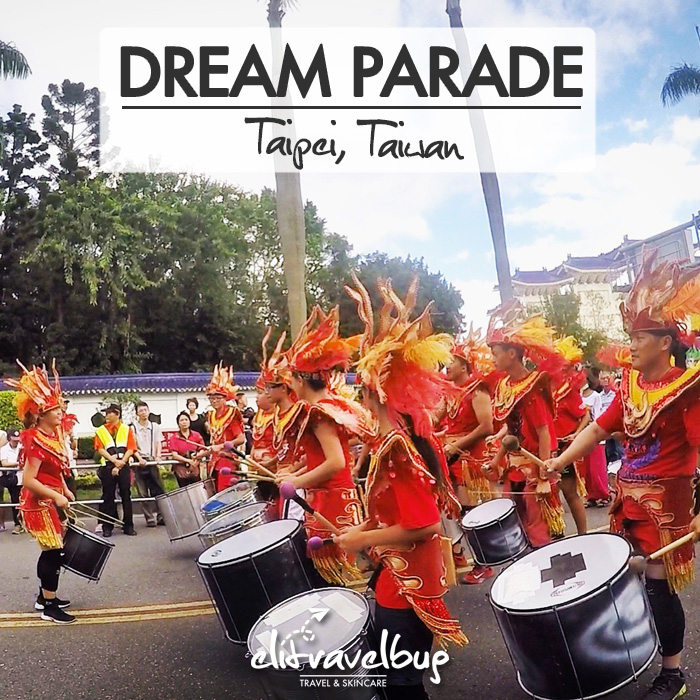 Dream Parade 2016 has been one of my favourite experiences in Taiwan so far.

Whether you are 4 or 64 years old – everybody goes all out. Wearing all kinds of costumes and not caring whether they’re uncomfortable, crazy or too exposed.

If you like to wiggle, listen to the most incredible drumming by hundreds of people or whether you just want to watch and enjoy the show (but I promise you it won’t take long before you join in) – attending the dream parade is a no brainer.

Dream Parade is a yearly event in Taipei and as my friend said : “It feels like Mardi Grass & Rio Carnival had a baby”.
For real.

It’s the only one of its kind in not only Taiwan but the whole of East Asia. The aim is to simply celebrate life, promote freedom of expression and creativity. It is a mix of Aboriginal, local Hakka & Chinese traditions.

Here is a little clip I made from the day:

Kicking off at 3pm, the 1.2km route started at the Chiang Kai-shek Memorial Hall plaza, finishing at 6pm.

The parade introduces some of the most genius homemade art and crafts I have seen. It wasn’t short of other types of entertainment either – from samba & belly dancers, firebreathers, stilt walkers to all kinds of circus performances. Amazingly, age did not play a role in any of those acts.

With no specific theme (this year), everyone was free to do whatever they wanted when it came to costumes and performances. This created the most unique and memorable show.

The costumes, music and the vibe were.. it was all pure perfection. My favourite part of the event was when the parade finished and everyone gathered in the square.

People dancing to the sound of drums that was getting louder and more powerful by the second. All of the participants and bands that marched the parade were joining in together creating the most mesmerising atmosphere.

Honestly, all I wanted to do was dance the whole way through it. The smile plus goosebumps were getting bigger and bigger and when it all finished, I can’t lie and say I wasn’t disappointed with how short the event felt. I was seriously wishing that there was an after party carrying on. Although now that I think about it.. I’m sure there must’ve been one somewhere.. even if not ‘official’.

PS. I even got a Mardi Gras bead necklace.

I would love it if you could share this ♥