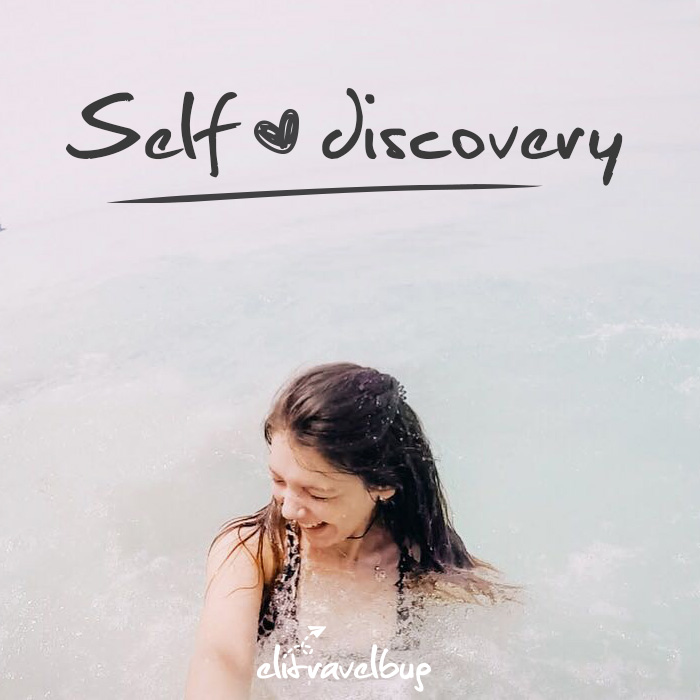 As you’ve probably seen, I haven’t been the most active on my blog or any social media for the past few months.. (and looking at the title of this post, you’re probably thinking why all of a sudden am I talking about coming home after travelling & self-discovery..)

I didn’t get bored of blogging, not at all. It’s the fact that I have been going through some huge changes in my life and within myself.

You might have read my (quite personal) post: Travel – Lessons and the Goodbyes which was right after I left Taiwan and returned to the UK (I was in Asia for 16 months) – not having the slightest clue about what’s going to happen.

I did, however know deep down, that whatever it will be – it won’t be easy. And it wasn’t.

I’ve had some huge adjustments within my close family, right after I came back to London. I’ve also had a reverse (intense) culture shock. I knew that coming back home after a year and a half will feel surreal, but I didn’t have a clue how much so.

I didn’t want to leave the house, I felt extremely out of place as if someone has picked me up and dropped like a monopoly token right into the matrix.

It was unsettling and disorienting.

I felt broken but at the same time, there was no time to think about that as there were other things to worry about. I had to be strong and there was no other option. And that has helped me a huge lot.

The upcoming few months were crazy & difficult but at the same time incredible thanks to the changes that were occurring.

For a while now I’ve had a feeling that I should take my blog to a slightly different level, but only just now I feel strong enough to give it a go. I’ve been struggling to write for the past few months, as it meant getting next level personal with you.

I didn’t want to be putting anybody down but also seeing the fact that I created this platform to be honest, to help and inspire others out there.. all I could think was “how in the world can I do that if I feel like this..”

If you read my Travel – Chasing the Dream or a Run Away? article – you’ll have a rough understanding of what I was going through when leaving for Asia. I thought that going away will give me enough time to figure myself out, but I was clueless at the time, all I knew was that I had to leave.

Little did I know, things would come back full circle.

Going away begun a massive journey in understanding myself. Whereas coming back home to everything that was happening has taken this to an extreme level. After a few months, I’ve experienced a magical moment and that was when I discovered and understood everything that has happened.

I’ve experienced something that made everything so obvious. I received the answers to why I did what I did and why I needed to be away.

Strangely enough, I expected that to happen when being away, I was waiting for it to happen and tried so freaking hard to understand what is going on in this annoying & confusing head of mine.

I wanted the answers so bad. But nope, it happened after I came back to where I was – but this time it was a different me.

I finally felt like I found myself.
Or at least, began the process.

Yes, yes.. this is the huge joke going around right now. About people going to Thailand in order to try to find themselves while drinking buckets in Koh Phangan..

But trust me, for some people – going away is the only way to begin this journey. It doesn’t matter if they start in Thailand, New York or Peru, it’s the fact that they can get away from everything.

The fact that they can shut everything off and begin to understand what they want and who they really are.

And yes, some do need to go crazy at the Full Moon party or do a yoga retreat in Bali..

..while others prefer to stay somewhere more quiet on their own. Most of these are the obvious and easily accessible things that one can do, something that’s still quite common and known.

However, at the same time it’s in a completely new environment where nobody knows and will judge you when you are trying to discover what you like to do. How you are with people and whether you prefer being around them or if spending time alone is what you’re after.

The slightly annoying thing is, that going away doesn’t solve everything. We expect it to, but there is still a lot of work to be done.

For many, it’s a huge step into the tremendous journey – this is when you start learning about yourself, but it doesn’t mean everything will get solved. As in my example, I’ve searched and searched, and learned an extreme lot but I had to come back home to achieve what I’ve wanted so badly.

Saying that, I truly and deeply believe that I would not be where I am now without shutting off from everything and everyone. That was the only way my broken self could begin to heal, without the connections to the ‘real world’.

And I finally get why..

I was so occupied with problems, feelings and emotions of others.. but my own. And when my own difficulties were finally getting too much, I didn’t know how to cope. At all.

Being at home however, it isn’t a secret that people probably won’t get how you feel – whether before or after leaving.

And so, we often need someone to help us out, to give us a kick of inspiration or just someone to share your story with. Or simply someone who will share theirs. The story of how they managed to begin their self-discovery.

And this is exactly what I want to do here. I want to be that person.

Of course, I’m not 100% there. Hell no. But thanks to the experiences I’ve had, and the people I’ve met in the past few years – I’ve finally started to understand how I can be happy. How to appreciate it without running away and what to do when times get tough.

I’d like to share my stories, not only travel destinations and allergy advice (although this will still be the case). But what has and still is helping me with coping and not losing the happy self, as we all have tougher times.

There are so many different & beautiful things that I find helpful. And I want to share it all as I am learning & practicing all of it myself.

So, stories, quotes, music, as well as how meditation and mindfulness has probably had the biggest part in helping me going through it all – something that I’ve never really looked into much before.

Please bare in mind that I’m not trying to say that going away is the only way to begin your self-discovery. I do believe it can also be done while being where you are. You just need to be brave and carry on trying and not forgetting your goal.

And I will honestly try my best to help you with this as I am helping myself, right where I am at that moment.

So please, use this blog as platforms where you can be honest with yourself and with the other readers. Without anybody judging you or thinking you’re just another cliche.

And understand that you are doing the bravest thing you can. A thing that most people in this world choose to completely ignore, whether consciously or not.

You are waking up to the fact that you’re not fully happy with your life. And you’re brave enough to try to do something about it.

And not many people are, trust me.

Hope you’ve enjoyed this post on Coming Home after Travelling & Self-discovery.
And remember – if you’re going through a simillar situation, you’re not alone and you will overcome this<3

Thank you for writing this Eli.
It’s so refreshing to read someones honest perspective and that they have their own struggles too as well as the great times. I am looking forward to more.
Cathy

You are a huge inspiration! Props to you for writing this and sharing your story. I can’t wait to hear about your journey <3